Drinking Tea Can Cause Genetic Changes in Your Body 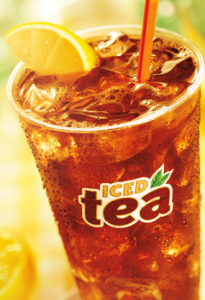 * Drinking Tea Can Cause Genetic Changes in Your Body.

Read this article on yahoo.com this morning.

Thought I’d pass it on to you guys…

Yahoo Beauty Korin Miller
Writer
Yahoo BeautyJune 1, 2017
In the battle of coffee versus tea, the latter has come in second for years in the United States. But new research suggests that people might want to give tea another look, as there’s new evidence that it can actually influence your genes.

Drinking tea specifically causes epigenetic changes (chemical modifications that turn our genes off or on) in women, according to a study from Uppsala University that was published in the journal Human Molecular Genetics.

For the study, researchers looked at DNA methylation, a gene signaling tool that can put genes in the “off” position. DNA methylation is linked with suppressing tumor growth and decreasing bodily inflammation, and scientists wanted to determine how much drinking tea and coffee has to do with it. To figure out the link, researchers took blood samples from more than 3,000 people and analyzed them for DNA methylation.

Here’s what they discovered: DNA methylation took place in women who were tea drinkers, specifically in genes that are known to interact with cancer and estrogen metabolism. (Research has linked poor estrogen metabolism with an increased risk of breast cancer.) The same effect wasn’t found in men or in people who drank coffee.

While it sounds like good news, study co-author L.H. Lumey, MD, from Columbia University, tells Yahoo Beauty that the findings are “very preliminary.” Researchers also don’t say in the paper whether this is a good or bad thing, but they point out that the methylation finding could indicate that certain components in tea have the potential to be useful in the future. However, they add, “further research is needed to understand how epigenetic changes found in this study affects our health.”

Women’s health expert Jennifer Wider, MD, tells Yahoo Beauty that she’s not surprised by the findings. “It has long been established that our food choices and compounds in different foods can have an impact on modifying disease risk,” she says.

Tea is often considered secondary to coffee in the U.S., but data from the U.S. Tea Association found that Americans drank almost 84 billion servings of tea in 2016. About 80 percent of all tea consumed was black tea, 16 percent was green tea, and the remaining amount was oolong, white, and dark tea — and the vast majority of Americans prefer their tea iced.

While the study’s researchers didn’t have any definitive conclusions, Wider points out that tea has some known benefits. Teas have antioxidant properties, contain less caffeine than coffee, and have compounds called flavonoids that have been linked to a lowered risk of heart attack and stroke. The National Cancer Institute also points out that the predominant polyphenols in green tea — EGCG, EGC, ECG, and EC — and certain elements in black tea known as theaflavins and thearubigins have antioxidant activity that may help fight tumor growth. Certified dietitian-nutritionist Lisa Moskovitz, CEO of NY Nutrition Group, tells Yahoo Beauty that tea can also protect against free radical damage and oxidative stress, promote healthy metabolism, and fight bodily inflammation.

Gina Keatley, a certified dietitian-nutritionist practicing in New York City, tells Yahoo Beauty that science definitely makes a case for drinking tea. “Given all of the positive research on tea, it may be beneficial to include tea in your routine,” she says. But, of course, drinking tea alone won’t help ward off disease, which is why Keatley recommends having other healthy lifestyle factors as well. “Without a generally healthy diet and exercise [routine], drinking tea may not be effective,” she says. Moskovitz agrees. “Tea can be a great addition to anyone’s diet, and is often a good replacement for other sources of caffeine,” she says. “However, nothing replaces a balanced diet and regular exercise when it comes to disease prevention and optimal health.”

So, if you’re wondering what to drink on a hot summer day, it can’t hurt to reach for an iced tea. Not only will it help refresh you — it could have a positive impact on your health.

My name is Jeff. I was born and bred in Brooklyn, New York. Since 1991, I have lived in South Florida and have eaten in so many restaurants down here, that I now consider myself to be a food expert. END_OF_DOCUMENT_TOKEN_TO_BE_REPLACED