Jeff Eats and Mrs. Jeff Eats have seen the show!

Trust Jeff Eats on this one, if you’re into Rod Stewart and The Stones, you will absolutely love and I do mean love -Barry Britton’s- Rod Stewart & Rolling Stone Tribute Show! No bs- this guy Britton and his band will have you believing that Stewart and Jagger are performing right in front of you! 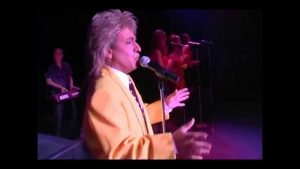 With moves like Jagger — and like Rod the Mod — the acclaimed tribute artist known as Barry Britton gives you two complete live concert experiences at Boca Black Box, both backed by a seven-piece rock band. In one, he becomes the raspy-voiced Rod Stewart, re-creating huge hits like “Maggie May,” “Hot Legs” and “Tonight’s the Night.” Then, after an intermission and a costume change, Britton struts to the stage as Mick Jagger, duplicating the Rolling Stones’ signature sound on tunes from the original group’s massive hit catalog, including “Honky Tonk Women” and “Jumping Jack Flash.”

My name is Jeff. I was born and bred in Brooklyn, New York. Since 1991, I have lived in South Florida and have eaten in so many restaurants down here, that I now consider myself to be a food expert. END_OF_DOCUMENT_TOKEN_TO_BE_REPLACED