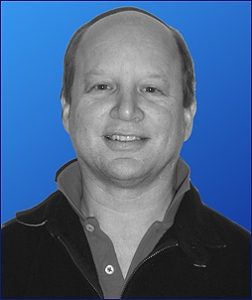 Got something really terrific for you guys who like to “follow” the music industry…The Lefsetz Letter (lefsetz.com).

The Lefsetz letter penned by Bob Lefsetz-can best be described as a series of “opinions”-“musings” about everything/anything related to music from the 1950s to the present date.

Jeff Eats has been reading Bob for about a year-now, and he really knows his stuff. What I really like about his site is-one day he might discuss 50’s doo wop music and the next day talk about today’s EDM industry or Country scene.

Jeff Eats really enjoys this guy’s take on things- you may too!

Printed below is today’s “column” which concerns singer/songwriter Christopher Cross.

Christopher Cross went from unknown journeyman to the biggest star in the land seemingly overnight and it killed his career. Who can put up with all that attention?

See Alanis Morissette for example. Sure, she’d tried to make it as a teenybopper years earlier under a different moniker, but “Jagged Little Pill” was so good and so successful it ended her career. After all, how could you follow that up? Suddenly the whole world is watching and you become inhibited, you can’t do what came so easily just a year or two before.

He was so average-looking, they wouldn’t even put him on the cover of his own album. But this track took off like a shot and went right up the chart and was ubiquitous.

Sure it was derivative, sure it sounded like the Doobies with Michael McDonald, who was so prominently featured in the background vocals, but the track had a certain haunting elan. Unlike today’s hits, the singer wasn’t singing his song in your face, rather despite having such a mainstream sound, it felt like a peak into the private world of a loner. And so many of us music aficionados are loners.

You were immediately entranced. Listeners don’t give you much time, you’ve got to grab them quick. And these introductory lyrics did so.

But it was the second verse that seals the deal…

There’s just a bit more instrumentation, and the vocal is more free, less studied, you can feel the air blowing through your hair.

The girls got it first. The boys grudgingly acknowledged it. But “Ride Like The Wind” was a hit we all ultimately embraced.

“It’s not far down to paradise”

By this time Jimmy Buffett’s hit single run was just about done, Kenny Chesney was on the brink of adolescence, suddenly Christopher Cross was the bearer of aquatic dreams.

“Sailing” was completely unexpected after “Ride Like The Wind.” It was most certainly the same guy, but it sounded completely different. This guy had range.

“Sailing” went all the way to number one.

The unsung hero is Rob Meurer, who plays the keyboard solo which knits the track together. He’s a subtle feature on “Ride Like The Wind” too. It’s always been about stars, but once upon a time the supporting players not only made a difference, they could earn a living doing so.

NEVER BE THE SAME

Sure, it’s lightweight and derivative, but there’s no denying its catchiness. This one only went to number fifteen, but it was sometime about now that I took the plunge and purchased the LP. Because something with this many hits was not only a good value proposition, it was evidence of talent.

And unlike today’s “stars,” Christopher Cross wrote all these songs. Quite an amazing feat.

SAY YOU’LL BE MINE

Now another death knell for Cross’s career was the fact that he crossed over. At first “Ride Like The Wind” was featured on FM, it was highly spun on album radio. But by this time he was considered too lightweight and he lived in the netherworld of Top Forty radio, which is the kiss of the death, because you live and die by the hit.

Come on, four hits off your debut LP? Before the MTV onslaught, when LPs were still cheap and flew out of the store? Christopher Cross was truly riding like the wind.

When you’re hot, everybody wants you, you get caught up in the machine, and you might have a hit, but it also might doom your career.

“Arthur’s Theme” was cowritten by Burt Bacharach, Carole Bayer Sager and Peter Allen, along with Cross, and it sounded like it. This was back when “pop” still had a stink. MOR was a no-man’s land no one wanted to live in. This was long before Trent Reznor was scoring films, when it came to Hollywood, they wanted no risks.

The song is listenable, but it’s saccharine.

This was not supposed to be a hit. Probably because the establishment had decided that Cross was done. He’d had hits, but he had no hard core fans. Sure, he won the big four Grammys all in one year, Song of the Year, Album of the Year, Song of the Year and Best New Artist, but this was at a point long before Mike Greene came in and modernized the institution and made Grammys meaningful. And once again, if you’re embraced by the mainstream…you’re in trouble.

But at the time soap operas were peaking, “General Hospital” was huge, Luke and Laura were the key couple and Laura was missing. It was a big story, the Kardashians of its day.

Cross didn’t write the song for the show, that’s positively a twenty first century paradigm, but they picked it up and it became a hit.

And I love it.

The sound of the track is just incredible, Cross’s vocals matched with the changes. He sounds just like Carl Wilson here, and that’s the highest compliment I can pay.

This too, like “Think Of Laura,” was on Christopher Cross’s second album, and Wikipedia will tell you it was a hit, but it was such a limp rendition of the sound established on the first album that it was easy to dismiss, it got radio airplay, but it didn’t have huge cultural impact.

But I will admit it has a catchy chorus.

And there you have it. Cross continued to record, but no one cared. He seems to have been completely forgotten.

But Christopher Cross wrote and sang and played guitar on all these hits and if he repeated this feat today he’d be bigger than Katy Perry.

But we expected all that back then. We only trusted you if you wrote your own material. And we’d never heard of auto-tune. Sure, we wanted to know who you slept with, but the gossip was more about movie stars, musical acts were seen as the real talent.

These tracks are a time capsule of the early eighties, before MTV took the nation by storm and broke so many cultural limit testers from the U.K.

And most think that’s a good thing. And I’ll agree.

But I’ll also say that Christopher Cross was one talented man who broke the bank once upon a time, and for that he should be remembered.

P.S. I want to also single out the production work of Michael Omartian, you need someone to pull it all together, to steer the ship, and Omartian sailed it all the way home.

If you do not want to receive any more LefsetzLetters, Unsubscribe

To change your email address this link

2 Comments to “The Lefsetz Letter”

My name is Jeff. I was born and bred in Brooklyn, New York. Since 1991, I have lived in South Florida and have eaten in so many restaurants down here, that I now consider myself to be a food expert. END_OF_DOCUMENT_TOKEN_TO_BE_REPLACED