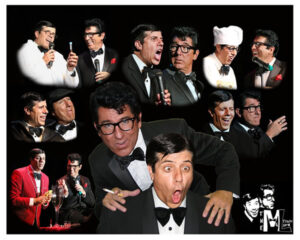 Jeff Eats and Mrs. Jeff Eats have seen the show- all I can tell you- you’ll swear that Jerry Lewis and Dean Martin are on the stage!

Performing around the globe “The Martin & Lewis Tribute Show” is undeniably a one of a kind show that will make you feel as if Dean Martin and Jerry Lewis are still performing together today. Performing such sketch’s as The Bellboy, The Chinese Waiter, The Nutty Professor and much more.
Not only will this show bring back memories to those who remember the Martin and Lewis era, but it will also introduce a whole new generation of fans to the music of Dean Martin.
The band will be playing such hits as, Return To Me, Mambo Italiano, Everybody Loves Somebody and more!
This concert and comedy mix will have you laughing and singing from the very beginning until the very end and have you talking about the show for weeks after it is over.

My name is Jeff. I was born and bred in Brooklyn, New York. Since 1991, I have lived in South Florida and have eaten in so many restaurants down here, that I now consider myself to be a food expert. END_OF_DOCUMENT_TOKEN_TO_BE_REPLACED