Just checked-the box office (kingspointdelray.com) and there are literally a ton of great tickets still available for tonight’s (Sunday, February, 23rd, 2020 8pm) The Modern Gentleman’s show at KIngs Point in Delray Beach. Trust Jeff Eats on this one, these guys put on a great show…

These guys are an absolute must see…

If you can keep a little secret- for the past 10 years, The Modern Gentlemen have been Frankie Valli’s “FOUR SEASONS” playing concerts with him- all over of the United States… 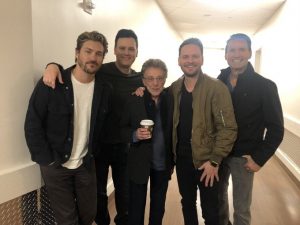 The Modern Gentlemen and their band will entertain you with classic hits, modern style.
These four very talented gentlemen – Landon Beard, Todd Fournier and brothers Brian
and Brandon Brigham have become known for their showmanship, charm and spot-on vocals.
They have appeared on stage with The Beach Boys, The Manhattan Transfer, Tony Bennett,
Smokey Robinson and toured with Frankie Valli performing on some of the biggest and most
famous stages in London, Canada, Europe, Israel and on Broadway.

My name is Jeff. I was born and bred in Brooklyn, New York. Since 1991, I have lived in South Florida and have eaten in so many restaurants down here, that I now consider myself to be a food expert. END_OF_DOCUMENT_TOKEN_TO_BE_REPLACED